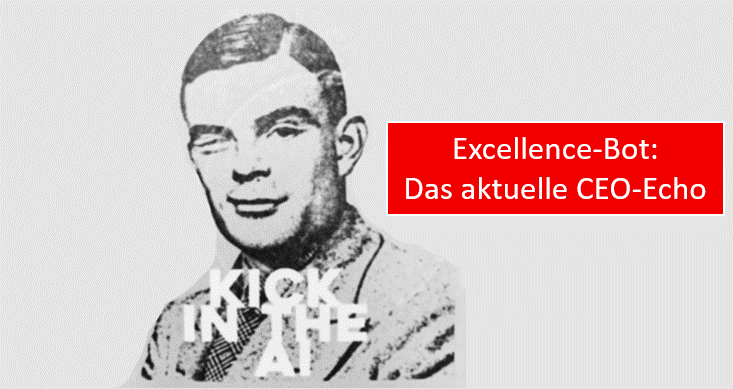 Last month, the .companion CEO metrics bot found 39% more CEO mentions than the average of the previous months. Overall, 49% of mentions captured by the CEO Echo were generated by editorial online content, while social media generated 51%.

40% of all CEO mentions were related to financial news, meaning they simply referred to company figures that are often required to be disclosed by law. In contrast, the context of 60% of mentions was linked to corporate agendas.

Overall, the tonality of mentions was more positive than negative.

What role does a CEO play in a company’s overall corporate messaging, whether voluntary or involuntary? The CEO Footprint aims to answer this question.

In October, Herbert Diess, CEO of Volkswagen, received the highest amount of media coverage. His share of voice totalled 9.5%, the largest footprint of all top board members. In second place was Pat Gelsinger, CEO of Intel, with 7.5%, and Ben van Beurden, CEO of Royal Dutch Shell, took the third spot with 6.5% share of all mentions.

71% of conversations around Diess’ echo were not related to company financials, and thus were above average for agenda-driving topics and content. 39% of the Volkswagen CEO’s echo came from editorial media and 61% from social media.

Content that mentioned Diess generated 43 interactions (clicks, shares, likes) per mention. This shows that audiences are highly engaged and made Diess the 44th most engaged CEO in the ranking.

In total, mentions for Herbert Diess were more often negative than positive.

We can assume this had a corresponding impact on his overall reputation.

Axel Dumas, CEO of Hermes International, was ranked first in October. Outside of the paywall, 67% of his digital echo discussed the CEO in stories beyond financial figures.

As a result, the response to Hermes International’s CEO received 8.2 points.

Simon Roberts, CEO of Sainsbury's came in second place with a score of 3.3 and Gonzalo Gortazar, CEO of CaixaBank, took third place with a Communication Excellence score of 2.7 points.

Simply having a social media profile is not enough. If you want to have an impact on opinion leaders outside of editorial offices or on consumers and digital elites who are not easily accessible through the mass media, you have to be mentioned frequently on social media. The Social Excellence Index answers whether a company’s attempts at this have been successful.

87% of the conversation came from social media and his engagement was engaged with 10 interactions per mention.

Moreover, the sentiments of his mentions were 84% positive, meaning Titi was well ahead of runners-up Ben van Beurden, CEO of Royal Dutch Shell, with 2.9 points and Jeff Shell, CEO of NBC Universal, who placed third with 2.9 points.

The .companion metrics bot also determines whether CEOs appear in the digital media echo as leaders in the context of the UN’s sustainable development goals, e.g. in the context of social responsibility or climate and environmental protection. Our Responsibility Index shows how well this has been achieved. For this index, the metrics bot only analyses mentions related to this topic.

In October, Gordon Riske, CEO of Kion, saluted us from first place in the responsibility ranking, with

His engagement rate was 165 which can be considered highly engaged. The tonality of media conversations was

CEO mentions in the context of balance sheet figures offer little scope for setting content-related agendas but are crucial for building investor confidence. In this environment, the metrics bot determines which CEOs were mentioned from a financial standpoint, forming an index for investor communication.

In October, the .companion metrics bot identified Sasol‘s CEO, Fleetwood Grobler, as the top communicator for investors after he achieved 3.9 points.

98% of his mentions were related to the financial environment, which is 1.8 times this month’s average. His readership was highly interested, indicated by an engagement rate of 208.7, and he experienced

He is followed in second and third place by Olivier Andriès, CEO of Safran, with 3.1 points and Lars Brzoska, CEO of Jungheinrich (3.1 points).

Media conversations were tracked and analysed globally with the help of the market-leading monitoring tool, Meltwater. All content is in German and/or English and publicly accessible across websites, forums, and social media. The text and content of the CEO Echo are generated automatically by the .companion metrics bot.

All of the Excellence index values are based on three criteria: How often the respective CEO is mentioned in a certain context, how many of those mentions were positive, and how many engagements those posts and articles received. While it is necessary to have an above-average share of mentions in the respective category it’s still possible to score high on a certain index despite one of the sub-criteria receiving results that are somewhat sub-par.